The Many Uses Of Sodium Benzoate And Its Applications

The Many Uses Of Sodium Benzoate And Its Applications

by Paloma Gonzalo
in Health
0

Sodium Benzoate is a complicated sounding name that you would think you would find in a science lab of some sort, but it is a relatively common material used in the essential oils world. Sodium Benzoate is typically used as a preservative for a number of different products and has many applications. Outside of essential oils, it is used to preserve foods and prevent bacterial and yeast growth from occurring. This makes it particularly good for preserving food for storage and keeping it from going bad. However, in the essential oils world, it is best used in skincare and cosmetic products. It works in cosmetic products by preserving them and preventing the growth of microorganisms and moulds, which can be harmful to the user if exposed to them. Skincare and cosmetic products typically need to have a long shelf life, and thus sodium benzoate is a necessary tool to combat the growth of unwanted nasties on the products.

Here is what you need to know about sodium benzoate and its many uses and applications.

Details of the Product

Sodium benzoate is a preservative most well known for its food applications, however, it is a common product to use in the world of essential oils. The product comes in the form of small white beads. These beads are then applied to the formula of the cosmetic product to help preserve it over time. Sodium benzoate is formed through the combination of benzoic acid and sodium hydroxide. How it works is that benzoic acid itself acts as the preservative (and can work on its own), but the sodium hydroxide works to help the product dissolve. This makes it easily applicable to cosmetic products and food, as it can easily seep into the product and not be noticeable to the eye.

When many people see a name like Sodium benzoate, they of course may have doubts about the safety of the product. After all, these types of names are usually reserved for those big bad chemicals we are always hearing about, right?

Well, the general consensus on sodium benzoate is that it is a safe product to use. It is an approved product to use by many regulatory bodies and is found in a plethora of foods and drinks that we would encounter in our daily lives. As mentioned previously, it is used as a preservative for foods, so it is no surprise that we may find it in many of our foods. It is even found in drinking water, and the FDA allows for a certain level of sodium benzoate to be allowed in our water. With that being said, there are some risks that can come with high level ingestion of sodium benzoate. Those with ADHD may experience an increase in symptoms through high level ingestion of the product (such as through sodas). Low grade inflammation can occur in people through its use, especially those who are obese. There are, of course, allergy risks, just like there are with a lot of products.

It is also very important to note that sodium benzoate should not be mixed with citric acids, or anything containing vitamin C. This can form the carcinogen Benzene, which of course should be avoided at all costs.

While there are some risks, do not let this put you off using this product, as with everything, moderation and research are key. Sodium benzoate is highly prevalent in many foods and drinks we encounter in our lives, and would not be approved if it was not safe.

Uses as a Cosmetic Preservative 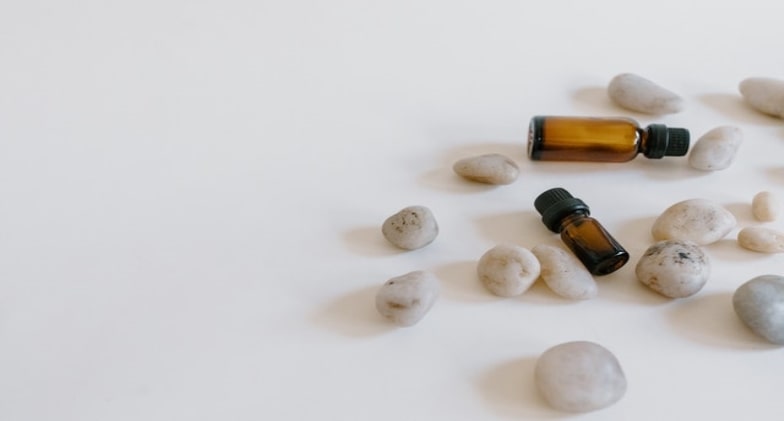 Sodium benzoate works well as a preservative and does so by preventing growth on the product it is applied to. It works best with food but can be applied to cosmetic products as well. However, it is important to note that it must be contained with other preservatives when used in a cosmetic application. This is because it is not considered to be a broad spectrum preservative. This means that it needs other preservatives to ensure that there will be no microorganism growth on the cosmetic product. Sodium benzoate works fairly well on water based products, such as moisturisers. This is because the acid is able to flow freely through the product via the water. As such, skincare products respond best to this form of preservative.

Why are Preservatives Used?

Preservatives are used in short, to protect us from microorganisms that can grow and cause us to become ill.

Microorganisms exist everywhere in nature, on our food, in our water and even in our bodies. This is fine, and we co-exist peacefully the majority of the time. However, where water exists in products, there exists the opportunity for these microorganisms to grow out of control. When this happens, and we are exposed to them, we can become ill.

Preservatives such as sodium benzoate are used to prevent this microorganism growth where there is water present. They help to maintain the cosmetic formulation found in products and stop the growth of microorganisms. As such, sodium benzoate is a useful tool for keeping us safe when using products with a long shelf life, and where there is water present.

What do Preservatives Protect Us From?

Preservatives, such as sodium benzoate, are used to protect us from microorganism growth. They can prevent bacteria, mould and yeast from growing on cosmetic products and being applied to the skin.

The most frequently found microorganisms are Burkholderia Cepacia, Pseudomonas Aeruginosa, Staphylococcus Aureus, Escherichia Coli and many more. The ones mentioned are some of the major ones of concern to those within the cosmetic industry.

Mould and yeast are types of fungi, which can grow through a medium. The medium in this situation would be the cosmetic product. The mould and yeast grow through this medium and rise to the surface of the product. Application of these growths to your skin can make you ill.

Sodium benzoate used in these cosmetic products is used to prevent the growth of these microorganisms, thereby preventing the user from getting ill. The product can also be kept for a significant amount of time without causing any sickness to the user.

Sodium benzoate does have some medical benefits. However, it is important to note that these benefits need more studies done to properly ascertain their uses for medical purposes.

Sodium benzoate can be used to reduce levels of ammonia, which is often more prevalent in people with liver disease or other ailments. These conditions are known to limit ammonia excretion through urine.

When used in moderation and for preservation purposes, it is a useful product that can help to preserve food and cosmetics for use over a long period of time.

Why You Should Be Using InstaxHacker to Hack Instagram

Why You Should Be Using InstaxHacker to Hack Instagram