Driving Drunk: What are the Consequences?

ND Filters: Getting the Perfect Picture!

Choose the best jewelry for your wife

What to Do If You Are One of the Essex Solicitors

10 Ways You Can Benefit from Cryptocurrency Mining

How To Choose The Right Digital Media Agency?

Driving Drunk: What are the Consequences?

by Paloma Gonzalo
in Law
0

Drinking and driving don’t mix, but unfortunately, many drivers still do it.

Drunk driving in America (and in most other jurisdictions around the globe) is a severe crime. It’s also a crime that can have a profound impact on you, your loved ones, and the entire society.

Just a slight intake of alcohol makes you unsafe for driving and puts your life and the lives of others at risk. All it takes is a slight delay in having the right reaction and this can lead to devastating life-ending and altering consequences.

Let’s explore more about driving drunk. What are the consequences? We shall also look at drunk driving statistics and terminology.

Every 52 minutes, a person dies due to driving while drunk in America – that’s a shocking 28 people per day.

This means over 10,000 people lose their lives yearly due to alcohol-related accidents.

Additionally, a third of all accident fatalities happen due to drunk driving.

Young people (21-24 years) account for around 27% of fatal impaired crashes, closely followed by people aged between 25-34 accounting for 25%.

Alcohol reduces the brain’s ability to function appropriately, impairing critical reasoning and thinking, and muscle coordination. All these functions enable you to operate a car safely.

One such incident should not be responsible for labelling you as someone who is irresponsible throughout your life. By working with the best legal experts, you can go for DWI expungement in Missouri. The lawyers can build a strong case, as well as put forth arguments in your favor to help you legally remove any existing DWI records that might harm you later on in life.

As alcohol levels increase in your system, the central nervous system starts having adverse effects since it is absorbed directly through the stomach wall and small intestine. Alcohol then goes into your bloodstream and accumulates there until the liver metabolizes it.

A driver is  considered impaired when their Blood Alcohol Concentration (BAC) is 0.08 or higher and this is measured by a blood test or a breathalyzer test.

It’s a criminal offense for anyone, regardless of age, to drive under the influence of alcohol and other intoxicating substances.

Let’s look at some terminology you may encounter while dealing with a drunk driving incident.

Driving under the influence is also known as a “legal limit” or “per se” DUI because the office doesn’t rely on the driver’s traits but rather the BAC level testing results.

If your  level is 0.08 and above, no further evidence is needed to convict you. Beyond performing the tests, the police officers will observe your behavior.

Keep in mind that even if your BAC is below the legal level, it’s still possible to get convicted of drunk driving.

When driving while intoxicated, the police build the case upon the driver’s behavior, leading to a conviction. The officer looks at whether you are swerving from one lane to another, if they can smell alcohol on you, your speech is slurred, or you have bloodshot eyes.

Additionally, you may be asked to perform a field sobriety test (FSTs), which includes tests of memory, balance, eye movement, and a Breathalyzer test.

Regardless of how each jurisdiction treats, defines and categorizes drunk driving, they all mean that you can’t operate a car while intoxicated.

People under 21 years aren’t legally entitled to drink, and as such, if found drunk driving, they face more stiffer consequences.

Regardless of the state, the BAC threshold is lower than the legal drinking age, but it differs, with most states imposing a BAC concentration of 0.00%-0.02% for any driver below 21.

Commercial or professional drivers under 21 years face stricter standards under their state’s drunk driving laws. Most states impose a BAC threshold of 0.04% for those commercial operating vehicles; furthermore, your commercial drivers license gets revoked if convicted of DUI while operating a non-commercial vehicle.

Most states have stricter laws for drunk driving offenders caught with high BAC levels. These offenders may receive harsher/increased jail time, higher fines, or longer license suspension. However, the level of higher BAC differs from each state, but it ranges from 0.15%-0.25%.

Apart from drunk driving, operating a car under the influence of prescription or recreational drugs is illegal.

Some states impose a specific level of different medications on a person’s system. Others have adopted zero-tolerance laws that any person who operates with the presence of any illegal drugs can fall under DUI.

Regardless of the amount of alcohol in your bloodstream, it can negatively impact your driving ability. Safe driving does require the driver’s ability to make sound judgment, concentrate and react quickly to situations.

Let’s explore further on why alcohol makes it unsafe to drive.

Intoxication affects motor skills like foot, hand, and eye coordination. Reduced coordination signs include the inability to stand straight, swaying, and difficulty walking. Additionally, extreme intoxication might prevent someone from entering their vehicle and finding its ignition.

For example, if you see a pedestrian crossing, your brain may forget to send a signal for emergency braking, thus causing an accident.

Excessive consumption of alcohol can negatively impact your vision. You may experience  blurred vision or lose the power to control your eye movements.

Additionally, impaired vision affects your ability to judge the distance between other cars and your car. You may also notice fewer objects in either direction within your peripheral vision.

No matter how little or much alcohol you have consumed, it can influence your driving concentration.

You may miss speed limit signs, lanes, other traffic signals, cars, and pedestrians that need your undivided attention. With reduced concentration, your chances of causing an accident dramatically increases.

Your brain controls the ways you judge circumstances and the decisions you make, primarily when operating a vehicle.

For example, when a car cuts in front of you, you need to make the wise decision to let it go to avoid an accident. When sober, your mind easily judges situations and makes a choice that is most beneficial. 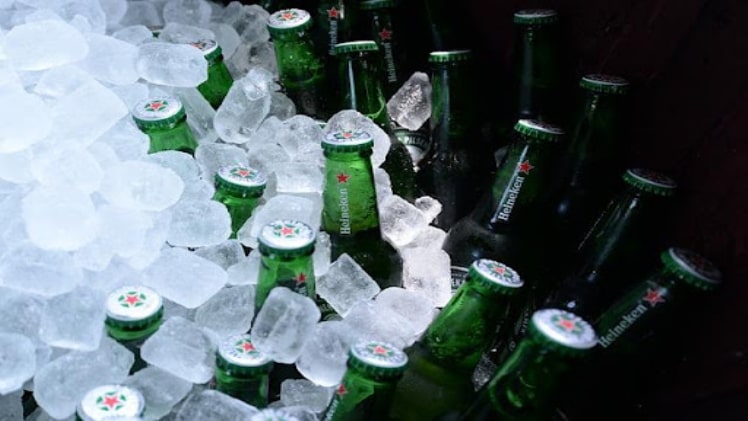 A blood alcohol concentration of 0.08% and above means that you are legally impaired. However, even at levels below 0.08%, you may still already be intoxicated and with all the attendant dangers that that brings.

Here is the outline of how BAC levels affect your body and driving capabilities.

At level 0.05 of intoxication, a person has exaggerated behaviors, reduced inhibition and judgment. It also reduces the ability to detect any moving objects, response rate, coordination, alertness, and small-muscle control.

At a BAC of 0.08, a person lacks judgment, has reduced muscle coordination, self-control, and power of reasoning. They may also experience short-term memory loss, speed control, and a reduced ability to concentrate and process information.

At this stage, the individual experiences slowed reaction times, slurred speech, poor coordination, and a significantly reduced ability to control a car, keep it within its lane and even brake appropriately.

When your BAC reaches 0.15,  the intoxication level is at a dangerous point. You lose balance, have almost zero muscle control, impaired vision, and vomiting. You will have significantly reduced activity attention and limited auditory information processing ability.

Any fatal crashes caused by BAC 0.08% and above lead to impaired driving fatalities charges.

The consequences of drunk driving go beyond causing accidents to physical, having criminal records in sites like lookupinmate.org, and property loss, and emotional losses. The physical consequences may include paralysis, brain damage, disfigurement, and even death.

Drunk driving is a criminal offense, and the consequences of drunk driving differ from state to state and case to case. However, even DUI costs within the same state can vary depending on the facts and circumstances.

Criminal offenses of drunk driving include:

Criminal fines for drunk driving range from hundreds to thousands of dollars depending on the severity of the crime. Only an experienced DUI attorney can assist you in this situation.

A sentence may include incarceration, including first offenses.

Some states like Tennessee and Arizona give a mandatory but brief jail sentence of 24-48 hours, but it is only for first offenders. This is three days in California.

While the jail sentence can be short for first time offenders, repeat felony drunk drivers,can mean years in federal-state prison. In case you find yourself facing prison or jail ensure you contact an experienced criminal lawyers to assist with your case.

Anyone charged or convicted of drunk driving faces driving license restrictions and penalties. For first-time offenders, the suspension may go for 30-90days. Felony or repeat offenders may face permanent revocation or multi-year suspensions.

Many states have confiscation laws ranging from permanent to temporary seizure. For example, in Ohio, after a second DUI, the offender faces vehicle forfeiture.

For drunk driving repeat offenders, the law may require you to install an ignition interlock device. This device tests the driver’s BAC level, thus preventing the car from starting if you are intoxicated.

Probation is a criminal sentence that allows you to stay out of state prison or jail under restricted liberties.

Probation limits your freedom. You will be required to obey specific rules like regularly reporting to a probation officer, performing specific community service work/hours, paying probation fees, or participating in various alcohol programs and treatments.

The probation sentence may range from six months to years, and failing to comply with the given probation terms may result in extended penalties, jail terms, or additional fines.

DUI offenders may receive a probation sentence on its own, but sometimes it may be in addition to a jail sentence.

Deferred or diversion prosecutions are similar to prosecution. If an offender gets deferred prosecution, the law requires them to comply with different probation-like terms within a given time, say a year or more.

After completing the diversion sentence without violating any laws, the prosecutor drops the DUI charges.

The diversion program has limited positions and is only applicable under limited circumstances, and are different for each state. For example, deferred prosecutions are only offered to first-time offenders with no criminal record in most states.

Other costs of driving drunk

While the above consequences are directly related to the drunk driver, there are many other costs to the society at large. This list is not exhaustive but includes:

Final thoughts on the the consequences of driving drunk

Drunk driving can prematurely end your life and the lives of innocent members of your community. Additionally, there are a myriad of financial, emotional, physical, legal and societal consequences.

Don’t cut short your life and the lives of others. If you have had a few drinks, get a taxi or call a friend to drive you. The reward for sober driving is reaching your destination unhurt and alive, with a clear conscience of having done the right thing for yourself, your loved ones, and your community.

Productivity Tips For Those Who Are Self Employed

Productivity Tips For Those Who Are Self Employed